Raise Private Money for Yourself 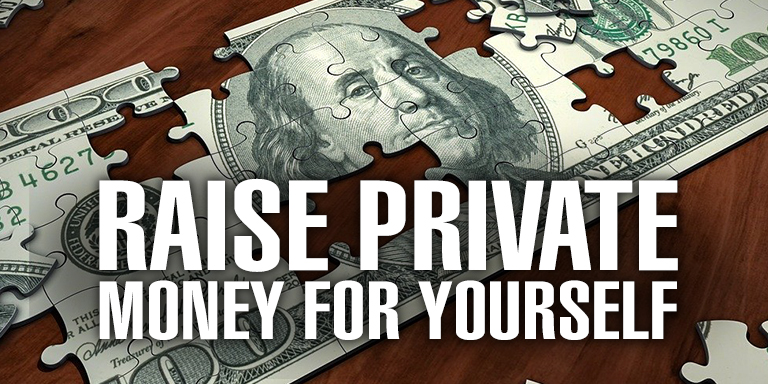 I want to give you some thoughts and reflections about what’s going to happen over the next couple of months and where I think the opportunity is going to show up. Currently, I have over 3,000 units of multifamily as a general partner, and I anticipate buying more as distressed properties start coming on the market because of COVID-19.

In the coming 6 to 18 months, how quickly and easily you’re able to access financing is going to make or break some of the deals you come across. I’m going to share how institutional funding influenced the last recession, how smaller crowdfunding platforms have eased some of that fallout, and why you absolutely must find a way to access private money yourself.

At its peak in 2005, nearly 68% of every flip was being done with bank financing, but by 2019, that number was down to about 40%. From 2005 to 2011, nearly $12 billion dollars evaporated from the institutional lending space, going from $14 billion down to $2 billion, a decrease of 90%. As those ARM mortgages started to kick in and people found they couldn’t afford the increase in interest, they began to default on their loans. These defaults caused a lot of liquidity to simply evaporate in the market.

Then starting in 2019, the amount of financing began to increase from $2 billion to about $4 billion. But most of that increase didn’t come from large institutional lenders like Freddie Mac, Fannie Mae, FHA, or VA; instead it came from smaller crowdfunding platforms like Fund that Flip.

But then the Coronavirus hit in March, and these smaller crowdfunding platforms pulled their funding back. They didn’t want to buy paper anymore because they were unsure what was going on with the virus, and they didn’t know if the notes, mortgages, or deeds were being recorded at the county courthouses while everything was shut down.

Over the next 12 to 18 months, a lot of these guys who are just getting into real estate, or even older investors who’ve overextended themselves, are going to get into trouble. They’re going to lose the properties they’ve been trying to flip, and you’re going to be able to purchase these deals at 30, 50 or 70 cents on the dollar.

You’re not going to be able to buy these deals for pennies on the dollar next week, but you will in about 6 to 18 months as the overleveraged investors realize that they need to unload properties or get some fast cash back into their business. Up until this point, you might’ve been able to rely on going Fund that Flip, Lending Home, or any of the other institutional hard money lenders.

I’ve already talked to a number of CEOs at major companies, including the CEO of Peer Street, who’ve indicated that when they open up their lending again, things are going to change. They’re going to want higher FICO scores, lower loan to values, and more money down from the borrower. They’re indicating that they may also have higher interest rates and points.

Not only is the financing going to become harder to get, it’s also going to get more expensive. And all of that is going to add to your business’s bottom line.

If, up till this point, you’ve just casually decided to get your construction loans or refinancing through these funding sources, then the tightening of this market is probably a cold bucket of reality on you right now. But there is a way to get around this shift in the financial industry, but it requires you to raise the capital yourself.

THE FREEDOM TO FUND YOUR OWN DEALS

I’ve been saying for years that funding equals freedom. The question is: What are you doing right now to learn how to recruit private money for your deals? While you’re waiting for these foreclosures to hit the market, now is the time for you to understand how to fund your own deals. I’ve talked extensively in my Funding Equals Freedom series about how to raise money using private placement memorandums, 506B and 506C security exemptions.

You’re going to watch and see over the next three to 18 months how many properties we are able to pick up at a substantial discount because we truly have direct access to funding. If you want this same kind of freedom, you need to spend some time right now learning about how to build those relationships that will get you to this point.

How you handle financing going forward is going to be the difference between seizing the opportunity coming our way or getting shut out of the market entirely. That’s why you absolutely must have a direct relationship with money, and why you need to stop relying on banks and brokers to finance your investments opportunities. Check out some of my other podcasts, YouTube videos, and blog posts about how I raise capital for my real estate properties.

If you’ve never raised private money for yourself, I want you to know that it is possible. It is the single best way to give yourself the freedom to run your real estate business the way you want.