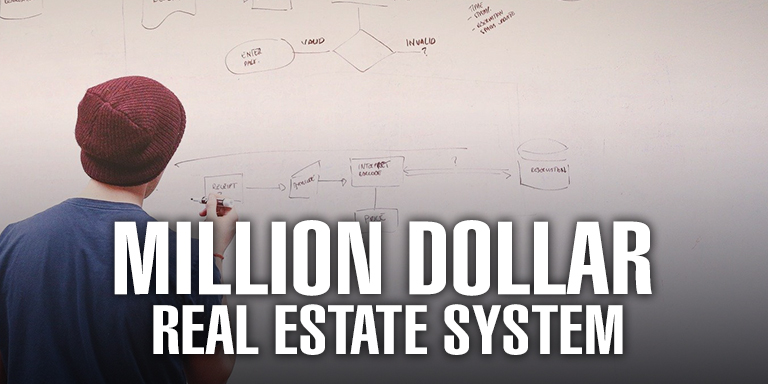 For nearly five years, Mike Simmons studied everything he could get his hands on about the real estate business. He was in the automobile industry on the corporate side, and as you might imagine, it was full of disgruntled employees. He was desperate to get out and try something new. But he had analysis paralysis. Every real estate course he took and every REIA he went to only made it harder to pull the trigger and start investing.

Does this sound like you? I meet guys like this all the time who get stuck on the planning stage of real estate investing, and they never start executing the plan. When Mike finally started taking action, it took five more years before he put all of the pieces together and started to see wild success. In a year’s time, Mike figured out what he needed to do to scale to $1 million/year in revenue.

Mike wants to save you all the time that he wasted. If you’re ready to level up your business this year and explode your revenue, Mike’s blueprint lays it all out for you. Get your mindset right, execute and adjust your plan, and build a system that puts you in the driver’s seat as the business owner.

I think all of us are battling at least something from our childhood that’s produced a lot of negative self-talk in our adult selves. Mike’s a Midwestern guy, born and raised, and his father was a Marine. So he had a lot of discipline and not a lot of encouragement. If he did something wrong, he got told all about it.

I was the awkward, tall kid, and my brother Mark was the beautiful kid in the family. I had to learn how to build my confidence off of the few things that I was good at. I think you don’t have to be great at everything, but you do have to take the first couple of steps toward the business you want in order to shed that fear that’s hanging around with your negative self-talk.

Once Mike took that first step, he found himself leaving behind that old fear that he wouldn’t be good enough. Then he found that surrounding himself with high-level performers only increased his confidence in real estate investing. As an introvert by nature, he had to deliberately go out of his way and make sure he talked to other investors so he could get a good look at their playbooks and adapt their strategies to his own company.

When you find a mentor or someone who is qualified to give you business advice, don’t be a yeah-but guy. You know, when they suggest something and you answer with, “Yeah, but”. The second you do that, you’re turning them off and they won’t want to help you anymore. You totally cripple your progress when you start a response with a lame excuse.

You can’t steer a parked car. It’s once you get the momentum rolling that you can change directions or pivot or accelerate. Once Mike got his first flip under his belt, he was flying high on success. He knew that he had what it takes to invest in real estate. Today, with a little bit more perspective there are a few things he’d do differently.

He’d still start out as a flipper. There’s a lower barrier of entry to flipping, and it’s a little easier to build capital once you’ve sold the first house. But then he’d move to wholesaling. He’d go in hard on marketing building up his lead pipeline with:

For a lot of investors, once they start working on their business, they find that there’s a ceiling on their earnings, and they just can’t break through it. It took meeting with high-level investors at a mastermind for Mike to see how he could leave his plateau behind.

When Mike first started flipping houses, he’d buy a house, then head to the Home Depot to shop for flooring, cabinets, paint, and the rest of his supplies. He’d spend some time thinking about colors and finishes, and then he’d purchase everything and head off to the flip house. He’d do this every single time he bought a new house. Can you see where the inefficiency is at?

If you want to grow your business, you have to start bringing people on. And if you bring people on, you have to have a system to plug them into. I remember when we were in a serious acquisition phase making private lender loans, doing rehabs and wholesaling and I just wanted to punch myself in the face. I was making so many decisions every day that it was exhausting. We started using the exact same paint, the exact same flooring, and the exact same contracts for every single deal. No more decision fatigue. No more trying to figure out the best deal on supplies. The time we spent making decisions was literally costing us more money.

Everyone has the same number of hours in a day, but not everyone uses those hours in the same way. A productive employee might be able to produce two or even three times the amount of work as an unproductive employee. But eventually, even a productive employee is going to reach a limit. When you create a system for an employee, you increase their productivity. And then you can offload work onto your employees and focus on being the owner.

Mike’s a millionaire today, but he’s also just a regular guy who realized that being an entrepreneur was his ticket out of the corporate world. He credits his first deal as being more valuable than any book or course that he purchased because he was finally taking action and putting to work everything he’d been learning about. Building out his real estate system and getting his mindset right were the keys to his exponential growth.