Investing on the Strength of Your Reputation 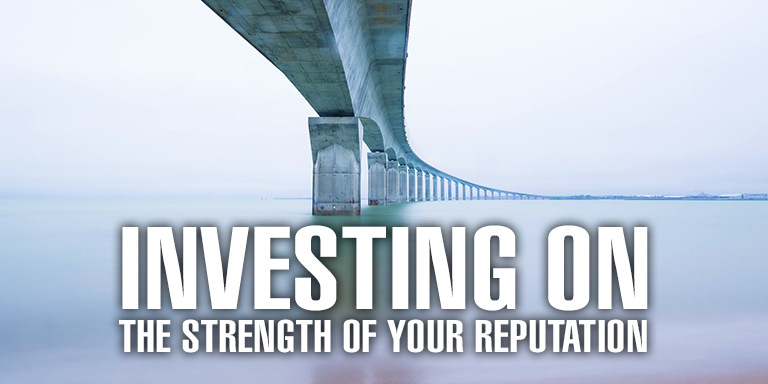 I’ve been friends with Dave Seymour for over 12 years, but you might know him from his TV show Flipping Boston where he flips and wholesales houses in the Boston market. Dave transformed himself from a blue-collar fireman to a national TV personality when he realized that he couldn’t afford his champagne taste on a cheap beer budget. He was working 120 hours a week at three jobs, but his house was in pre-foreclosure and he was just plain broke.

Dave decided to get serious about real estate investing, so he put $27,000 on his wife’s credit card to fund his education and first property. And because there’s nothing like looking your spouse in the eyes every night when you know you owe a ton of money in her name, Dave got real about flipping and wholesaling houses. Dave generously shared his advice with me about what real estate investors should do who are looking to make a transition to full-time investing, and what passive investors should look for when they invest with active investors.

THE STRENGTH OF YOUR REPUTATION

Dave gets to play in a $100 million sandbox, doing commercial deals and talking to private investors across the country. Yet when illustrating why your reputation matters, he narrows it down to a failed transaction on a single-family home. To him, this story captures why you should do the right thing in every deal, even if you don’t make a dime from it.

A woman inherited an abandoned house, and she was sick. She needed to sell the house, but she got trapped by some shady lawyers who put her $400,000 house up for sale at $1 million. Plus, they made her sign a three-year listing agreement. Who’s going to buy an abandoned house overpriced by that much.

When she came to Dave, he realized what had happened, and he rattled some cages and ticked off some Realtors, but he helped make the situation right and got her home sold for half a million dollars. He didn’t make a dime, but it was the right thing to do. Then, six months later, the woman came back and invested with him. That’s what the strength of your reputation can do for you.

As the CEO of his company, Dave takes the position that he’s not the smartest guy in the room. By attracting smart people to his team, he can build his company’s image and stay humble. When he talks to potential investors, he takes seriously the charge to educate them so that they feel confident about investing with him. His reputation is on the line, and he doesn’t participate in any deals that are shrouded in secrecy.

Dave has turned away more money than you would believe because some investors ask stupid questions. Dave doesn’t want his investors to fall into that category, so he takes the time to give webinars and sit on Zoom calls so that they can understand how he operates his business. He waits until his investors understand that he gives cash-on-cash returns between 8-10%, and internal rates of return north of 20% on targeted, proven business models. When his investors feel confident, that’s when Dave loves to bring them into his investor pool.

In 2019, Dave was asked if he wanted to open a branch for a hard money lender in Boston, and he was thrilled to have a $50 million credit line to work with. In January and February of 2020, he was killing it, but when COVID came along, the hard money lender changed their mind. That’s when Dave realized that controlling capital was the magic in the real estate world.

If you can control the capital, then nobody can ever come along and take it away from you. And even though it’s annoying to keep calling COVID an unprecedented event, it is. And it provides massive opportunity for investors who are looking for where the cracks are showing up in the market.

Like a lot of people, Dave and I felt the pain going through 2006-2008, and we know that some of the younger investors may not be prepared for the shift in the market. If you can’t control capital right now, you can flip to being a real estate transaction entrepreneur. People who have cash on hand are looking for assets to purchase, and investors who are getting squeezed by tenants who aren’t paying are looking for a way to provide some cash flow back into their business. An investor who’s ready and willing to step into that space and connect those two groups will be able to seize the opportunities in the current market.

The other day, Dave was talking with a local banker who said, “We’re having to have really unpleasant conversations with really good people”. There are millions of people out of work and 9% of homes are in forbearance. There’s no getting around the fact that there’s going to be some upheaval in the market in the next year.

However, if you’re prepared, you’ll be able to position yourself just right to help someone out. I just saw a whole case study around Starwood, who’s one of the top five mall owners in the country. There’s going to be such a crack in malls, offices, and retail that commercial investors are going to need to offer up some of their properties at a discount so they can stay solvent.

The same thing is going to happen on the residential side. These smaller investors may only have three or five properties, but if there’s a non-paying tenant in one of them, then they’ll need to sell off a house to have enough cash to float the rest of their business through the pandemic. We saw this same scenario again and again in 2008 when investors needed cash and had to unload properties to make it through.

If you’re looking to invest as a passive investor, you’ll want to find an active investor who lines up with your values. Get to know them, see how they educate their investors, and what kind of opportunities that they see in the future. Freeland Ventures is looking for passive investors that match up with our values, so let’s connect and see if we’d be a good fit.