The Bricks You Need To Build Your Real Estate Investment Business 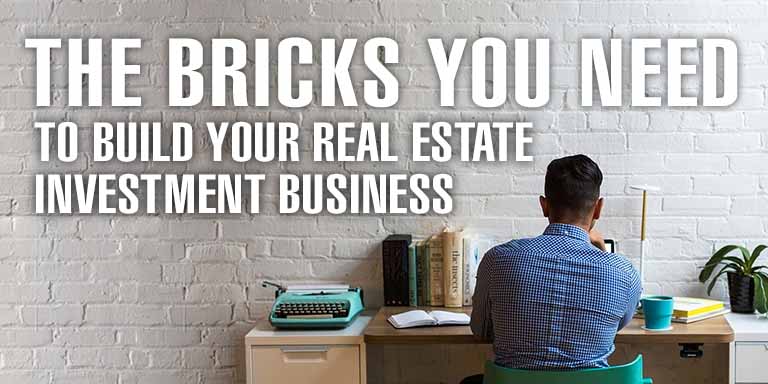 Modern life means significant changes for many industries, and, while advancements are usually positive, they can also lead to job loss on a wide scale. It’s hardly surprising that, with everything up in the air, real estate is becoming an increasingly tempting option. This has, of course, always been a fantastic way to substantial earnings. Now, a continued need for housing despite changes elsewhere makes this an especially appealing modern career choice. Big money, and a job that no machine can take away? Yes, please!

Of course, that’s not to say real estate has remained entirely unchanged in this ever-evolving tech age. Even from an investment perspective, REI management software is helping, rather than hindering; countless professionals juggle the multitude of responsibilities that come with the job.

Real estate entrepreneur and software developer Daniil Kleyman is responsible for one such software and has already helped countless real estate investors. “I’ve built it based on my own business. Like I’m my own client and it just so happens that we’ve also been able to help thousands of other investors, which is pretty cool.” It certainly is considering that Daniil’s REI software can help investors with everything from project management to deal analysis and beyond.

But, Daniil himself is the first to admit that building a successful investment business is, and always will be, about more than the right software. Instead, his ever-growing family has highlighted the need for further order in his investment journey. This is a goal he’s achieved by building his business on certain ‘bricks’ that help him stay on top. Last time we spoke, he gave me an insight into what they are.

PUT IN WHAT YOU INTEND TO GET OUTBy his own admission, Daniil was no stranger to working sixteen-hour days when he had no home commitments. “I used to be workaholic. I would work seven days a week. If I wasn’t traveling, I would work nonstop…but then we had kids, and that changes things.”

Daniil realized he couldn’t carry on as he had been, but was determined not to make compromises at work, either. “You want to spend time with your kids, but you don’t want to neglect your business.”  Daniil’s solution was to lay bricks that allowed him to get the same amount done but during much shorter days.

“I’m basically now having to figure out how do I get that same amount of work?” His solution? Realizing just how much diet and lifestyle impact the way we work. “I’ve changed up my diet a lot,” he says. “Because I didn’t realize this in my twenties, but what we eat directly impacts how well we’re able to focus and think.” Fasting, especially, seems to have increased focus that Daniil could have only dreamt of before.

This shifting of priorities might not break ground, but it is a fundamental consideration. I would never make my best deals if I was eating junk and failing to get enough sleep. Remember, a productivity mindset starts in the mind so make sure that you’re fueling your body fit for the best deals of your career.

Daniil also highlights the importance of being consistent with everything you do. “It doesn’t matter what you know; what matters is what you actually do consistently. I think that’s a quote I read by Tony Robins recently,” he says. “The only thing that matters is habits. So, I’ve made a big effort over the last 12 to 18 months to just stack new habits on top of each other and make them almost things I don’t think about.”

In fact, Danill now makes an effort to incorporate consistency the moment he wakes up. “I have like 20 identical t-shirts. I put on one of those tee shirts, and I don’t think about it. I just go.” Of course, this idea of clearing your mind for the more important decisions of the day is nothing new. Steve Jobs famously wore the same thing, as does Mark Zuckerburg. Why? Because cutting choices where you can reduce decision fatigue and guarantees that you’re always performing at your best.

And, these are far from the only routines and habits that could prove fundamental to your investment business. Eating the same food or arriving at the same time can also help a great deal. Broadly, the benefits you’ll feel here are two-fold. For one, habits allow you to enter a success mindset more easily. When the basics of your day are already taken care of, you can clear your mind as mentioned above, and send subconscious indicators to yourself that it’s time to work.

Another significant benefit to consistency is that of time management. As Daniil tried to constrict his days into an easy package, the benefits of a routine he could trust with surefire productivity became invaluable to investments he didn’t need to worry about.

Daniil’s last point is to build what he refers to as an ‘f-you wall’ that helps you get to the heart of your business priorities and streamline what you do.

“Every property I add to my portfolio puts another brick into my F-You Wall…I just want that freedom and flexibility to be able to sleep at night and know that if I want to stop working tomorrow, I can. I have a portfolio that supports me.”

Again, this isn’t a unique concept to real estate. Security, or the f-you wall, is fundamental for allowing you to enjoy what you do and make investments because they make sense, rather than because you need money quickly.

Given the fact that wise investments – not fast ones – guarantee real estate portfolios that forever take your business up a level, you could argue that success rides on your ability to take care of this. Pair it with the other ‘bricks’ Daniil has given us here and you could soon land yourself with a well-built real estate business indeed. Incorporate his REI software into that, and there really won’t be any stopping you!