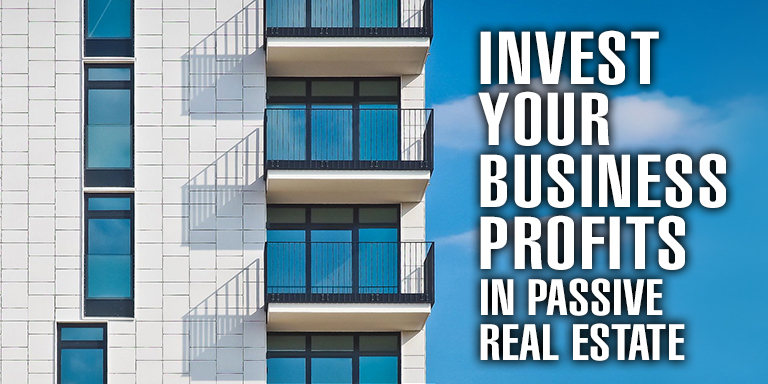 At the end of every bowl game or football season, they always interview the coach. And they want to know, “How did you make your winning season happen?”. I love it when the coach says things like, “My players are the most important part of the team.” Because that coach knows that it’s all about the players.

I have some friends that play for the Cleveland Cavaliers, and they say the same thing. Sure, someone has to sit in the coach’s seat, but the players, the teammates, and the staff, they’re the ones that make things happen. A business is just like this. Someone has to sit in the CEO’s chair, but success in that company happens because everyone is pulling together.

All of the successful entrepreneurs that I’ve known, they’re humble, but they know what the hell they want. The times in my business when we’ve run really well, it was because I knew exactly where I wanted the company to go. And I drove everybody in that location.

The times when we struggled as a business? That was because there was some new wrinkle or problem in the business and I didn’t know what I wanted to do anymore. Then everyone got confused because I wasn’t leading them.

I know you want to build a business, and someday you’ll probably want to step away from your business. Working 18-20 hour days for the rest of your life is no way to live, but that’s what some new entrepreneurs think it’s going to take to get their business off the ground.

Business partners and brothers Adam and Paul Vincent are attorneys that work with entrepreneurs to help them grow a business, scale the business, and invest their profits in real estate. They suggest that leaders focus on developing curiosity, flexibility, and courage while they establish their three pillars of business success. Business leaders who focus on these three pillars can someday step away from their business and enjoy the life that business has built for them.

3 TRAITS OF A SUCCESSFUL ENTREPRENEUR

If you’re the kind of person that needs to figure something out, and you just won’t let it go, that curiosity will take you far in entrepreneurship. Paul says that most of his successful clients just want to know how something works. How do you get a commercial loan? How do you start a law firm? You have a problem, and you want to know how to fix it.

Adam adds to that by saying that curiosity takes you only so far, and then flexibility starts to take over. You’ve got to be able to adjust to what you learn. Have some patience as you build your business, and don’t burn any bridges behind you.

Then this leads to the third trait: courage. One of Adam’s mentors told him when he was new that he just wasn’t as scared of getting sued in business deals as everyone else. Because he was a lawyer and was familiar with the mechanisms of what he could actually negotiate, it made him more courageous to push for better deals.

BUILD YOUR BUSINESS ON THESE THREE PILLARS

Culture and growth is tough to fake. The first pillar you need to have in place is to get your legal stuff in order. As attorneys, Adam and Paul have seen a lot of mistakes made by entrepreneurs who thought they could skirt the law and the SEC would never notice. The SEC has been in business since the ‘30s, warns Paul. They’ve seen everything, and they’re not going to be fooled by your handshake deal.

Think of working with an attorney like buying life insurance before you need it. The operating agreement protects you, even if you never get dragged before a judge.

As a lender, I’ve seen deals go bad. Some of the borrowers we’ve lent money to went sideways in a deal, and then we later found out that they’d also borrowed money from some mom and pop joint venture partner equity investor. And when I asked to see the operating agreement, they didn’t have one. In fact, they weren’t even on the LLC, so I legally couldn’t even talk to them about it.

No one wants a business deal to go bad, but do the adult thing and protect yourself with the proper legal documents.

The second pillar is about cultivating a company culture. The leader drives the culture, and the culture is so important. In order to grow, you have to drop the white-knuckling of what your day-to-day business operations are. You need a team because you don’t need to be doing everything yourself.

Hire people and get those boring employment manuals in place. Sit down and plan out those standard operating procedures. Those manuals protect your business, but most importantly, they protect your time. It allows you to focus on higher revenue generating activities, networking and making deals.

A lofty goal can’t be accomplished without a plan in place. So before you scale up your business, you need to have the framework in place to support your goals in a healthy and organized way.

I think of building a business like running a marathon. You can sprint for the first 5 miles; you can work 18-20 days for the first five years. But a marathon is 26.2 miles. I see new entrepreneurs make this mistake a lot. They just don’t have an exit plan. They think they’re going to run this business forever, sprinting the whole way.

The CEO can drive tons of revenue for the first 5 million dollars, but eventually, they’re going to need to hand off to a well-trained management team. Prepare for that management team from the beginning, and your exit will be easier in the end.

Adam and Paul love helping their clients use their profits to invest in cash flowing passive real estate. The tax advantages and equity appreciation are just a few of the reasons they love putting their money into something that helps them live the life they want.

A lot of folks don’t love what they do in their day-to-day life, says Paul. Passive real estate is a way that someday you can go tell your boss to pound sand because you have enough cash coming in to support yourself.

Build your business with the end in mind. If your goal is freedom from the 9-5, or just freedom to be with your family more, focus on building a business that you can step away from. Put a system in place, develop a company culture that people love, and invest in passive real estate.