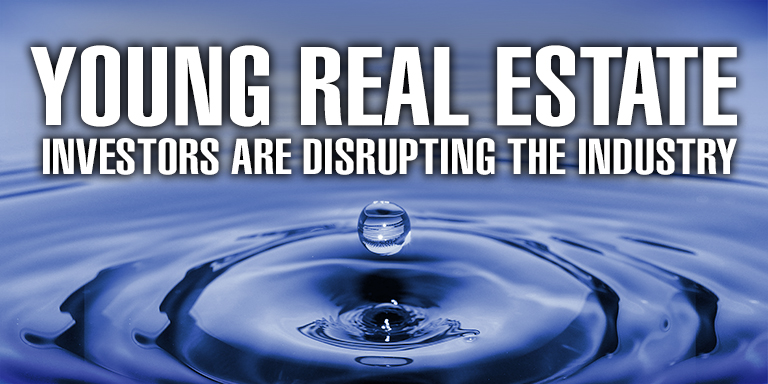 Sometimes we get complacent and we need young guys to come in and disrupt our notions of how things have to be done. Steve Morris at Red Door Renovations has taken a fresh look at real estate because he didn’t know the way things were “supposed” to be done. And it’s proven to be highly profitable for him. Steve currently has over 700 units of Airbnb rentals and commercial real estate, and he’s done zero marketing to get to that point.

Instead of paying brokers and lawyers a fee per transaction, Steve’s made them a partner in his success. Instead of buying lists and sending out yellow letters, Steve sends his team out driving-for-dollars to look for very specific kinds of houses. And instead of walking away from opportunities that he wasn’t expecting, Steve has embraced saying yes to every crazy opportunity.

BROKERS AND LAWYERS WORK HARDER WHEN THEY’RE ON THE TEAM

The traditional real estate investing firm might have in house lawyers or a COO, but Steve’s chosen to keep his in-house team lean. This lets him offer up joint venture partnerships with lawyers, brokers, and CPAs. Instead of focusing on his cut of the deal, Steve generously shares with everyone else, and this means that all of his partners are always on the lookout for a deal to bring him.

Limiting his in-house employees to a sales manager, a leasing agent, a project manager and a social media person, Steve is free to offer everyone else a percentage of the deal. Instead of paying the lawyer $20,000, Steve might pay him 5% of the entire deal. This incentivizes the lawyer to work harder for Steve because the more Steve makes, the more the other partners in the deal will make.

There’s a cap on earning potential; 3% for some real estate and maybe 1% residual. Everyone wants to earn more money, but that cap can be discouraging. If a broker or contractor brings a deal to him, Steve happily lets them add their sweat equity or property management into the deal, and then he loops them in on the profit. His joint partnerships are highly profitable for everyone involved, and it seriously reduces the amount of marketing he has to do because everyone is out there looking for another deal to partner with him on.

OUTWORK THE OTHER REAL ESTATE INVESTORS

I’m always telling our coaching students to expand their marketing or expand their market. And a lot of times, that means that people want to automate their marketing. They want to set up manychat and chatbots, and while those things work, Steve’s doing something different that’s not sexy at all. But it works, and it’s helping him outhustle all of his competition.

On trash day, Steve sends his crews out to drive around the neighborhoods looking for houses where the trash cans never went out. The way he figures it is either the house is vacant, or the homeowner is older, alone, and doesn’t produce enough trash to put the can out every week. Then he skip traces them, calls them up, and asks if they want to sell their house.

He does this same driving-for-dollars approach in the winter too, but this time he’s looking for homes where there aren’t any tire tracks leaving the garage or the sidewalk isn’t getting cleared off. This approach takes time and man hours, but it works. And nobody else is doing it. They’re just sitting around calling the same lists that every other investor has.

SEIZE OPPORTUNITY WHEN IT STARTS KNOCKING

Steve was wholesaling a good amount and starting to feel like he’d finally made it when on a whim, he just sent a cold email blast telling his list that he was looking for a multi-family property. And a lady emailed back and said she had an off-market 48 unit property for $1.4 million dollars, and was he interested? Of course, the numbers checked out, so Steve emailed her back to say that he was.

But here’s the crazy part. She didn’t have a cell phone. So every day she had to go to the library to email him, and it was slowing the whole deal down. Steve ran out and bought her a burner phone because the deal was so great and he didn’t want to mess it up. Was it a pain to get everything lined up when half of the parties were operating like it was 1990? Yeah, but opportunity was banging down the door.

Young real estate investors can teach us how to start thinking outside of the box. When you see one out there hustling and stacking deals, then pay attention to how they’re doing it. Steve doesn’t market at all because he’s relying on the relationships he’s built with outside of his employees. And he’s willing to do the legwork that no one else does because he is hungry to build his real estate portfolio. Are you ready to work like that?