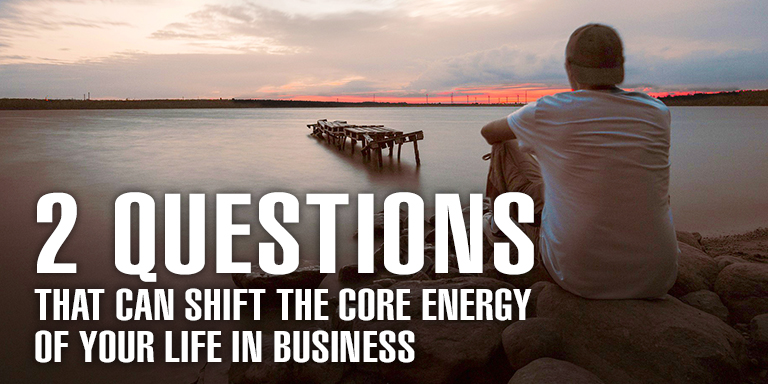 I’ve known Trevor Mauch for over a decade, starting when he was in the online publishing business for real estate. He was hugely successful with that, but it came with a lot of stress over the uneven business cycle. One month he’d make a lot of money, and the next month he’d be sure he was going broke.

At the end of 2012, Trevor looked like a big success on paper. All of his crazy ups and downs had evened out and he was definitely turning a profit. But as he sat down to write up what he liked and didn’t like about his business, he kept coming up against two things that he wanted, but he definitely didn’t have: consistency and predictability.

He wanted that freedom that so many of us want in the entrepreneurial journey, but his job had trapped him. It made him money, but it drained the energy right out of him. I mean, that’s terrible, right? You’re making money, but you’re not having any fun, and you wake up every day just dreading what’s coming around the corner.

So Trevor decided to ask himself two questions that ended up shifting the core energy of his life in business: Does he choose to work a job where’s he unhappy, but paid well, or does he chase something that drives his passion and gives him energy? Do we choose the easy route that gives us instant gratification, or do we build something from scratch that makes us happier in the long-run?

WHAT’S SUCKING THE ENERGY FROM YOUR LIFE?

But then, in a mastermind class, Trevor heard someone say, “Your unique ability should give you more energy when you’re done doing it than when you started.” This was the start of a huge shift for him, and he felt inspired to sit down and create what he called “The Energy Audit”.

The premise of an energy audit is simple. How much time do you spend doing things that you don’t enjoy? One hour, five hours, ten hours a week? After examining the things that drained his energy, Trevor decided to either eliminate it, outsource, create a process, or just stop doing that thing. And little by little he started to reclaim the things he truly enjoyed doing.

Instead of doing transactional work and chasing a big profit today, Trevor structured his business so that it built up his energy. As he built the business, he stayed tightly focused on which tasks he wanted to do, and which ones he could get someone else to do. This laser focus helped him build a business, no matter how long it took, that made him wake up and feel excited about his day.

TAKING THE BUSINESS ONE YEAR AT A TIME

I come across a lot of people that think that investing once in an apartment building means they’ll be married to that deal for life. They feel like once they’ve made that decision, then they have to stick with it forever. But I think it’s better to take it one year at a time.

It’s like Michael Jordan when he was playing basketball the last three or four years. He didn’t want to sign a four year contract when he didn’t know if he had it in himself to play that long. So he signed a one year contract and was all in for that year.

Focusing on an aspect of the business and going deep into it for a solid year gives you a chance to fully commit. But you also know that at the end of the year, if you didn’t love it and it didn’t give you energy, you gave yourself an out.

At a minimum, a one year commitment is essential in the multi-family business because it takes about that long to stabilize an apartment building. Then you have to make sure the investors get their cut first, and then you have to refinance. Sometimes I don’t take a nickel out of a building for almost 18, or even 24 months. If I didn’t have a one year minimum timeline in my head, I’d pull out of a deal well before it matured.

Trevor’s been taking that same focus too. As he’s built Carrot, he’s had to shift his mindset and focus on building the company brick by brick. He said that it’s like an ego thing. Sometimes your business gets super successful, and then you think you can’t fail. But everybody’s going to have setbacks. If you shift your focus to just a year at a time and you have a setback, then you’re better prepared to shift the business to something more successful. You’re prepared to pivot.

As you get some wins under your belt, it’s pretty common to start thinking you can do a little bit of everything. But Trevor’s One Year At A Time motto means that he’s focused on going deep on the things that matter most to him. He stays close to his mission, and that fuels his passion for what he’s doing.

Trevor’s focus is on building a business that is consistent and predictable, but that also reflects positivity and possibility. If you spend 80% of your life doing what you truly believe in, that’s a big mission. You see people talking about mission goals or values, but it’s so awesome to see a company that is making them synergistic and work together.

Instead of building a business that then fueled the life he wanted, Trevor ended up building a business that let him focus on his life. He built his lead generation business, Carrot, backwards by discovering what increased his energy and drove his passion. In turn, this has yielded him tremendous success as the fastest growing software company in Oregon for the last two years.