How To Coach A Successful Business Team 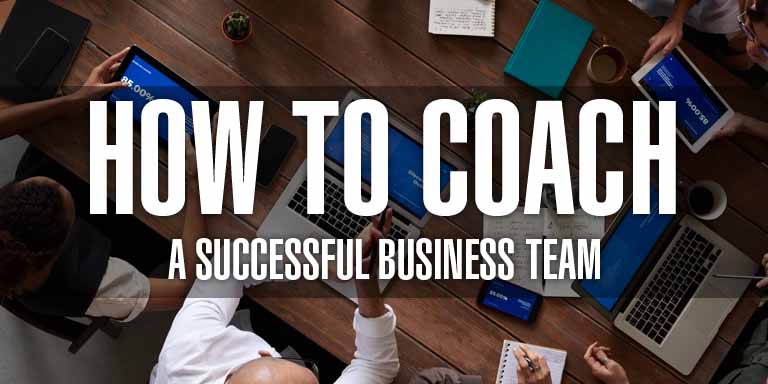 When I was a senior in high school, I had the worst football coach. I mean, he had the reputation of just being a very strict disciplinarian because nobody connected with him or liked him.

When I started up my last year, we had what they called success camp. This is where they had the whole team stay the night in the gym. So picture 80 boys in a school gym overnight, and they confiscated everything we could possibly get in trouble with.

We went through an exercise of nominating team captains and creating a team motto. And the seniors partnered up with sophomores to mentor them. And when we started practicing, we all felt so connected.

And that coach? The hard-nosed disciplinarian? I would’ve run through a brick wall for him.

As a mentor, as a CEO, how are we creating an environment where our team feels like they’d run through a brick wall for us?

Retired firefighter and real estate investor Jack Petrick knows a thing or two about building and mentoring a team. He built his team from the ground up and discovered along the way the importance of training employees, letting them make mistakes, and building morale.

I thought I’d share some of the ideas we both had about building and coaching a successful business team.

Instead of saving loads of money, what he actually got was contractors who tore out the wrong walls, costing him valuable money and time. He quickly realized that paying a little bit more for an A quality employee would save him money, time, and a lot of headaches.

On a case-by-case basis, Jack started finding and training the right employees. He worked hard to catch the big stuff they made mistakes on, and he started to take his hands off of the small stuff. He let his team learn from their own mistakes, and it helped him delegate out tasks.

I’ve found that when an employee makes a mistake, especially when it’s a mistake that I don’t understand, it’s really helpful to ask, “What were you thinking? Help me understand. What was your thought process on this decision?”.

I’m not out to get them because I really want to uncover why they made a mistake. That helps me understand where they need more training or if they don’t have all of the information they need.

Jack likes to ask his team, “What are three solutions to this problem?”. This really drives home some critical thinking skills and let’s his team dig deep into possible solutions and ideas. Plus, it gives him the chance to teach his team about aligning their decisions with the company’s vision.

We both think that mentoring adults is a lot like coaching a team. You spend a lot of time teaching, encouraging, but being firm with boundaries and expectations. Teams and businesses thrive under a leader that empowers them.

TEAM BUILDING IS THE SAME FOR SPORTS AND BUSINESSES

A lot of you know about my passion for volleyball. I loved playing basketball, football, and baseball, so it seems completely unrelated to be excited about a sport that I’m not as familiar with, but there it is. As I’ve been working through the training videos to earn my coaching certificate, I’ve just been really struck by how much team building in sports is similar to team building in my business.

What you absolutely do not want is to create a team where a kid just quits on you. I mean, there are a lot of reasons a kid might quit; someone on the team is mean to him, or maybe he just keeps striking out, or maybe he feels like the coach didn’t spend enough time showing him how to play well.

The best coach is like the best business owner. He leads his team with a vision, teaching them how to succeed and helping them realize the best version of themselves.

You might have an employee who used to love their job, but then they decide they hate being a leasing agent, and they just quit and leave the industry altogether. They might feel like they’re not making enough progress, or they’re not leveling up in their learning, or maybe they don’t feel like they’re part of your team.

Creating that team vision is a key part of building that team mentality. I find it really important to break down my long term vision into things we can do on a daily basis so that my team can see how each step leads us closer to our ultimate goal.

WHY MORALE MATTERS WHEN YOU’RE THE TEAM LEADER

Morale is the glue between your team. It’s that good feeling you have when you know each other and you know about each other’s family. And that takes some work to get there. As a business leader, you have to intentionally create an atmosphere that builds relationships and friendships so that morale is high.

Jack likes to take his project managers out for events together, just to show his appreciation. I think it’s important to get to know your employees outside of work. Just like success camp during my senior football season, these kinds of events help a team have a unified vision.

In his experience as a firefighter, Jack’s seen that sometimes making one small mistake can get blown way out of proportion and really destroy morale. People who pour their whole heart into their jobs don’t want their efforts torn down.

Most employees, when they make mistakes, have good intentions. And if you have an A player on your team, it’s never their intention to make mistakes. If we help them learn from mistakes, then what we’ll have in the end is an employee who’s even better tuned in to our company’s vision, and who has learned from their mistakes.

It’s hard to say how much a damaged employee can cost your company when they feel like they’re not part of the team anymore. And you know, mistakes are part of the learning process. Everyone’s going to make them!

By creating team building exercises, teaching with the intent to help employees to succeed, and using mistakes as positive teaching moments, you can turn your employees into a team that supports your success.