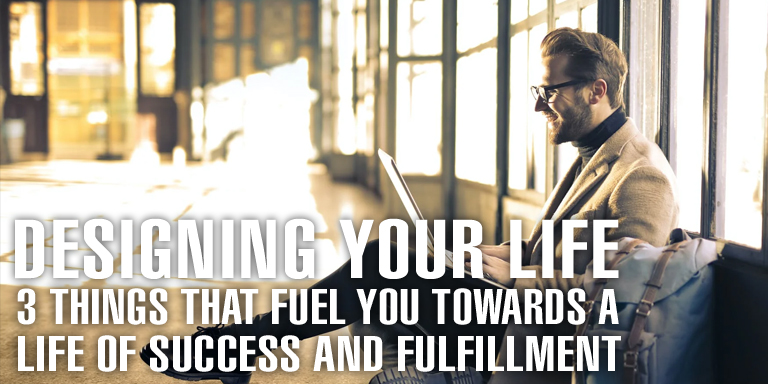 There’s not a single person in the world that doesn’t dream of a successful and fulfilled life. And, just like how it’s the same for everyone, we lose and win on the way to the life we dream of. Rod Khleif’s journey was no different. In fact, he had a shot at the life he wanted, got it, lost it and got it back.

It’s already a challenge to get the life you’ve always dreamed of once. Most of us will spend an entire lifetime hustling to get there. But to get there, lose it and regain it? We’d all be asking, “HOW?”.

GETTING IT AND LOSING IT

Before building his $50 million portfolio, Rod grew up in a family that did not have much. He moved to the US from Holland at the age of 6 and his mom worked as a babysitter to put food on their table. But his mom had an entrepreneurial spirit. With her baby-sitting money, she was able to buy the house across them for $30,000. Rod was 14 at the time. By the time he was 17, the house his mom bought went up by $20,000 in their sleep. This convinced Rod that he wanted to be in real estate.

At the age of 18, Rod already had his real estate broker license. On his first year, he made about $8,000; roughly about $10,000 on his second and over $100,000 on his third. He then met a man that taught him about mindset and psychology and how these two dictate 80-90% of success. Rod dreamed and he dreamed big.

By 2006, Rod owned a couple thousand houses that he rented out long term, had multiple apartment complexes in 3 states, was selling in 5 states and had a net worth of $17 million. However, his head got big. He felt like a real estate god.

Rod asked himself, “How did I have $50 million to lose and how did I come back from it knowing exactly what I want and why I wanted it?”

TAKING THE LID OFF YOUR BRAIN

Rod usually takes his students through a process that he used to get back what he lost and he describes it as a process that will not work if you look at it too analytically. When Rod lost his $50 million portfolio, he sat down and took the lid off his brain. He wrote down everything that he could ever want in life – both the small and big things.

Pick an hour when you’re filled with energy, undistracted and well hydrated. Write down how much money you want in your bank account or the passive income you want coming in 3 and 10 years. Write down the places you want to see, things you want to do and skills you want to learn in a lifetime. Write them all down and when you do, imagine you getting everything that you wrote down.

Writing things you want down triggers your reticular activating system which allows the brain to subconsciously filter out what it thinks is most important for you to focus on. Don’t be analytical and don’t limit yourself.

Then pick out your number 1 goal – your ultimate must – as well as your top 3 year 1 goals. Set a time limit on each one to make them measurable. Goals are important as they will push and propel you. However, what truly fuels you is knowing why those goals are an absolute must.

Define your WHYs with emotionally charged words and add pain points. The positive and negative points will push you through your limiting beliefs and outside your comfort zones.

No one grows in their comfort zones and Rod created the fuel for himself. The real estate, the entrepreneurship and the business processes are all small pieces. You got to be able to actually take action with what you learn according to Rod.

Success is about mindset 80%-90% of the time and you have to incorporate visualization for you to realize all the goals that you wrote down. Visualization is a really powerful tool. Jim Carey wrote himself a $10-million check when he was flat broke and he visualized cashing it in. That’s how much money he made from Dumb and Dumber.

When Rod first started, he drove a Ford Granada and the guy he worked for drove a Corvette. He wanted one for himself so he visualized himself having it. He stuck a magazine cut out of a Corvette on his visor and in a couple of years he was driving one. He did the same when he built his $8-million dollar home on the beaches of Florida. He visualized getting everything he wanted and that gave him a clear direction.

Clarity is power. You’ve got to know where you’re going in order to get there. If you’re not clear, the world has a funny way of pushing you wherever it wants you to go. I have met people who whined about not getting what they want but doesn’t have a clear answer when I asked them what they really wanted.

Be specific and clear with your goals. Visit them regularly because your goals evolve and the more they evolve, the more clarity you get.

DO SOMETHING FOR OTHER PEOPLE

In his journey towards the life he built for him and his family, Rod realized that though goals are very important, it’s not just about the goals. Happiness comes from progress and growth but what do you do when you’ve accomplished those goals? Rod realized he didn’t have a vision for the future and one night as he was looking at his gigantic mansion, Rod felt successful but unfulfilled.

He has everything he’s dreamed of but he didn’t know what to do next and he fell into depression. As he decided he wasn’t going to stay depressed, he stumbled upon Tony Robbins and his story of doing something for other people.

Rod started with a basket brigade and fed five less fortunate families one Thanksgiving and the experience changed his life. In the last 19 years, they’ve fed 75,000 people and gave thousands of school supply filled backpacks to local kids.

We all want success badly but we are too focused on making our lives better instead of making the world a better place. That’s where you feel successful but don’t have a sense of fulfillment. Rod emphasizes that giving back in some fashion is necessary to find true success.

WHAT MOST PEOPLE MISS

True authentic energy is different when you’re working towards a purpose. It’s the same regardless of the industry you’re in. This is what most people miss. People lack the energy that comes with having a purpose.
Rod says, “If you don’t love real estate then you either associate pleasure with it and you learn to love it, or go do something else.”

You can go into real estate, or any business for that matter, and make money or set up your own company with your own systems and teams. But to be effective, you have to be able to inspire other people.

Your mindset dictates 80 – 90% of your success. Throw in your passion to the mix and live a life well-designed.