Long Term Wealth Without a 401K 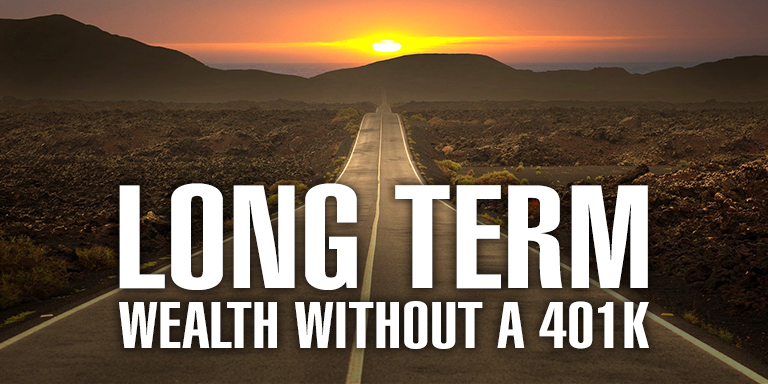 Punching that 9 to 5 clock isn’t for everyone. Some of you have dreams that are bigger than your day job, and plugging away for 40 years isn’t going to get you to that point. In 2008, when Leslie Awasom saw his nurse co-workers lose half of their 401Ks in one stunning stock market drop, he knew that he had to do something else. So he went back to school to get a graduate degree in anesthesia.

Of course, he now made more money, but it still didn’t solve his long term investment problem. If he stopped working, then he stopped making money. Like so many of you, that was the moment when he discovered one of Robert Kiyosaki’s books. He suddenly felt like an old long-lost uncle was talking to him about money, and he started visiting local REIAs to network with other real estate investors.

By 2017, he finally made the jump into his real estate journey to free himself from his W-2 job. In just three short years, with his partners at Xsite Capital Investment, Leslie has bought 192 units in the Maryland and Washington D.C. area. The growth they have planned over the next year is impressive, but it never would’ve happened if Leslie was still stuck on punching his time card for the next four decades.

Real estate works for everybody. No matter where you’re at in the world, investing in real estate will work for you too. But you have to give it more than ten minutes of your time.

Your timeline is going to be different than mine or Leslie’s. The first 9 months that I worked in real estate I failed miserably. From the fall of 2003 to June of 2004, I made nothing. I flipped one property for $14,000 and a small condo for $653, but when the bills all cleared, I had nothing left over. If I’d walked away at that point, then I would’ve missed all of the growth I’ve enjoyed since then.

If you really want to invest in real estate, give it three years of your full effort. I’ve changed my methodology many times before I finally figure out what works for me. If a niche or a strategy isn’t working for you, pivot into something else. Don’t just walk away from real estate. You’re not going to get rich overnight, but you are going to get rich in the long term.

One of the common mistakes for newer investors is they have this unrealistic view that they’ll buy a hundred or three hundred doors and overnight they’ll become a millionaire. When Leslie settled on multifamily as a strategy, he fell in love with the pieces that have to come together to make a deal work.

Researching neighborhoods and markets tell a story that Leslie thinks is essential to the purchase of a property. Just by making some small changes to the property and increasing its income 10x totally fit in with Leslie’s plans to entirely replace his day job and walk away from what he calls the “W2 jail”. And analyzing the data really meshed well with his strengths.

A huge part of investing in apartment syndication is networking with other investors and brokers. For Leslie, partnering with Tenny was one of the first decisions he made that moved him solidly toward freeing himself from the daily grind. His partner excelled at networking, and pushed Leslie out of his comfort zone into the center of REIAs, seminars, and masterminds.

192-unit properties are not just sitting on the MLS waiting for you to find them. They’re typically sitting off market with a broker. So moving from the medical world into the real estate world meant that Leslie needed to be plugged into a whole new network. But he wants you to know that building a relationship with brokers isn’t difficult.

Leslie says that the key to understanding a broker is to realize that they’re just a human being. A lot of times, so much emphasis from real estate training courses is placed on building a relationship with real estate brokers that investors just freeze and become robotic when they’re dealing with brokers. Embrace your authentic self and let them get to know you. Leslie and his partner have flown out to the markets they’re interested in and just had dinner with the brokers so that they can all get to know each other.

There’s a myth in real estate, says Leslie, that if you find a deal then the money will follow. But there are no deals without establishing that relationship with a broker first. A broker wants to know if you can close on a deal, and they’re looking for a confidence that you can’t fake. Give them a chance to get to know you and see what you stand for. You can have all the money in the world, but if you’re a jerk, they’re going to take that listing to someone else.

Growing up, Leslie’s culture taught him that being a rich man was a bad thing. He had to shed that mindset before he could find his way out of the “W2 jail”, and it’s definitely been a difficult process to leave behind that self-limiting belief. Just like his first introduction into real estate was from a Kiyosaki book, other real estate books, podcasts, and networking with other friends have helped him see a path into a life that doesn’t rely on the Dow Jones for financial security.