Warehouse Conversions to Self Storage Units 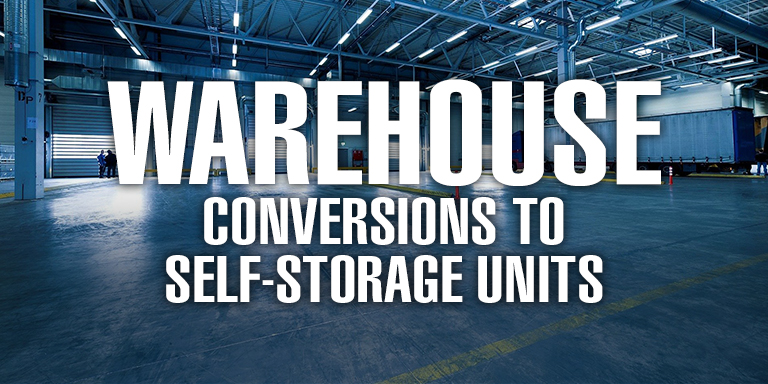 Scott Krone has been in real estate for over twenty-five years, and although he used to do commercial and residential properties of all kinds, he recently switched to focusing solely on converting warehouses to self-storage units. He was seeing a tremendous amount of volatility in the single-family area of real estate, and then on the multifamily side there was so much cap compression that he didn’t think he could get any better pricing.

Since 2013, he’d been studying the self-storage space and he’d noticed that over the last four recessions, it had either held or dropped one percent in occupancy during that time period. And while he wouldn’t call it completely recession-proof, he would definitely say that it seems to thrive in the cap. Plus, self-storage units have enough data attached to them that he can get very granular over the supply and demand in whatever market he’s looking at.

Today, Scott and his company Coda Management Group manage over 2,759 storage units, or 400,000 square feet, across several states. His company has just purchased the original Lincoln Log Factory in Chicago to convert it into storage space, and for some of their other projects they’re able to use the Property Assessed Clean Energy Loan (PACE). The due diligence Scott’s able to do in this space has convinced him that it’s a consistently profitable niche.

THE STEADY DEMAND FOR SELF-STORAGE

During a recession, death, divorce, and downsizing are some of the contributing factors that drive demand for self-storage. Even though people are forced to move, they still don’t want to let go of their goods, so they pay to park them until they can afford to get back into a bigger home.

As people move back to urban spaces to save money, they suddenly don’t have access to an attic, garage, or basement, so they willingly pay $50 a month to store their extra boxes and treasures that they can’t part with. Each of these reasons help to explain why 10% of the population uses self-storage at any given time.

Scott sees the PACE loan as another equity funder in his investment. As a company, they volunteer into the federal government program because it isn’t considered a debt payment. Instead, it gets applied to your real estate taxes through a special assessment. When Scott renovates a warehouse, he agrees to improve its energy efficiency. That looks like installing new insulation, new electrical, new roof, maybe a new HVAC. All of these capital improvements increase the value of the property, and they allow them to opt-in to a great loan too. It’s a win-win to use this loan as they renovate warehouses.

The best markets to invest in right now, says Scott, are urban markets with some growth. While it doesn’t have to be explosive growth, the population definitely needs to be able to support one of his projects. The building needs to be between 80,000-110,000 square feet, and then obviously it needs to be more square in shape. A building with a ton of curves becomes inefficient because they can’t chop it up into smaller units.

In Dayton, Ohio, Scott recently purchased an old brick warehouse that had sat empty for 30 years. It needed a new roof, new windows, and new mechanicals. It was basically a brick shell. But it was in a great location and the bones of the building were solid, so he went ahead with the project. Renovating old properties like this is one of the conditions of the PACE loan, but it’s also a great way to get a jump on the project. When the shell is already in place, it’s easier to plug in the rest of the details.

SELLING INVESTORS ON THE PROJECT

When Scott was trained on developing projects over thirty years ago, he was told that development is risky and that it needs to have an appropriate return for that risk. That’s why he models a 20% rate of return for his investors based on a three to five year hold. Keep in mind as you compare self-storage to multi-family investing that the operational expenses for self-storage units is 35%, instead of the 55% it is in the multi-family space. But like the multi-family space, Scott waits until he has the property up and running, and then he refinances and returns his investors’ money so that they can reinvest or walk away with their profits.

Class C Self-Storage Units
Think of class C like your basic penny stock. It’s a first generation storage unit, possibly a little smaller, and it’s usually located in an Opportunity Zone. It’s cheaper to buy, but people are more likely to come in with monthly coupon offers, and the property just doesn’t see a lot of appreciation.

Class B Self-storage Units
Class B units are usually the newer climate-controlled ones that are in suburban areas. You have to consider both appreciation and cash-flow in this model. Every month you’ll expect to add 3% more occupants, but it takes about a year to build it out enough to cover operational expenses. And then it takes another year to add enough tenants to cover the debt service.

If you’re going to jump into the self-storage niche, the numbers won’t lie on whether your market can sustain another facility. The rate of return on these properties is a nice, steady revenue stream to add to your real estate portfolio.