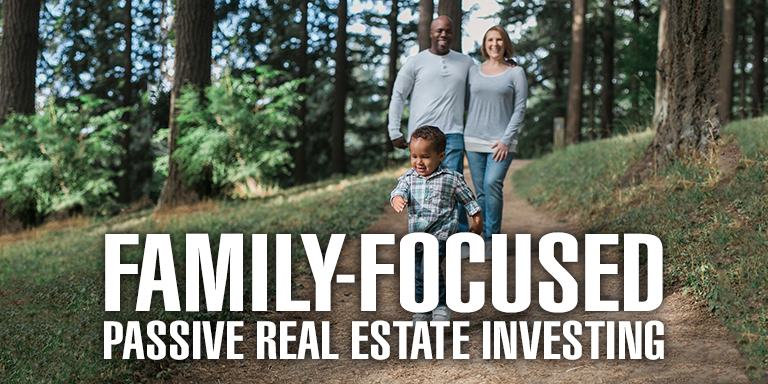 Today Adam Adams owns over 1400 units of apartments, but once upon a time, he was a teenager who’d been gifted a parcel of land because his step-dad wanted him to get a taste of real estate investing. Every real estate investor has an origin story. Sometimes the origin story is a straight line from one investment to another as an investor builds up his portfolio, completely focused on his end goal.

But sometimes, the real estate origin story starts and stops, and then starts all over again as the investor figures out what they need to do to build the life they want. Adam freely shared with me the early lessons he learned from investing with his step-dad, the investment in a coach that completely reworked his mindset, and the moment when he realized that he couldn’t build a dream life when he was working 80 hours a week.

Adam’s step-dad was a real estate investor, so he grew up doing odd jobs like snow plowing the parking lot of the self-storage units. He thought that eventually he’d get into real estate, but more like when he was old and boring. Like his step-dad. One day when he was in college, his step-dad bought him a piece of land so that he could get started.

When the family CPA found out about the land deal, he insisted that Adam pay for it to keep it legal and above board, so his step-dad sold it to him for $100. At the time, Adam was just bartending, and he was a broke college student studying to be a music educator. He reluctantly handed over the $100. After a year, he had to come up with even more money to pay the property taxes, so the first chance he had to sell the land, he did.

This is the moment when the real estate bug bit Adam. In one transaction, he made not only a 12,000% return on his money, but he also made more money than he made in an entire year bartending. In fact, he made more money on that one transaction than he was going to make as a music teacher. The possibilities for where real estate investing could take him were percolating in his brain, and a brush with Robert Kiyosaki’s Rich Dad Poor Dad solidified for him that his next step should be investing in multifamily properties.

“The biggest hurdle to overcome was getting my mind wrapped around everything took to raise millions of dollars”, says Adam. I can relate to this feeling because there’s this moment when you’re raising capital that self-doubt can creep in. You wonder, “Am I worthy of being listened to? Do I have enough education to do this?”. The key to crush these feelings may not be something everyone can do, but it made an unbelievable difference in Adam’s mindset.

Adam hired a mentor to hold his hand. Listening to podcasts and purchasing courses could only take him so far, and to level up he needed a mentor who’d been where he wanted to go. The cost of a mentor can vary wildly, but the cost was beside the point. For Adam, having a mentor meant he felt more confident putting passive investor money into a deal.

Unfortunately, while he was chasing the real estate dream, he was putting money on a pedestal above everything else. He started ignoring his family, and he started putting on weight. Nothing mattered except chasing the next deal, and two years ago, Adam knew it was time to reorient himself so that his family came first.

This is my favorite part about talking to successful real estate investors; I get to hear what they wish they would’ve done differently. By extension, my audience gets to hear from investor giants about how to build a better, smarter business from the beginning of their real estate journey.

Two years ago, Adam decided it was time to put his family and health first, and then his business behind that. Surprisingly, that made him a better boss, a better husband, and a better partner. He stopped working crazy hours, and lost thirty pounds. He started adding a mindfulness exercise of expressing gratitude daily and it let him take a step back and see how amazing his life is.

If he had one regret for how he built his real estate business, it was that he didn’t start focusing on cash-flowing real estate sooner. The first piece of real estate he bought from his step-dad was an asset, but he couldn’t make any money on it until he sold it. When you fall, he says, you fall forward. If you have an unexpected speed bump in your real estate journey, don’t count yourself down and out. Find a coach to help you figure your way out.

If your path into real estate looks like the starts and stops that Adam experienced, then it’s time to find a mentor who’s been where you are today. You’ll be able to avoid common investor mistakes and build your team faster than you ever thought possible. Come see me at JoshCantwellCoaching.com.