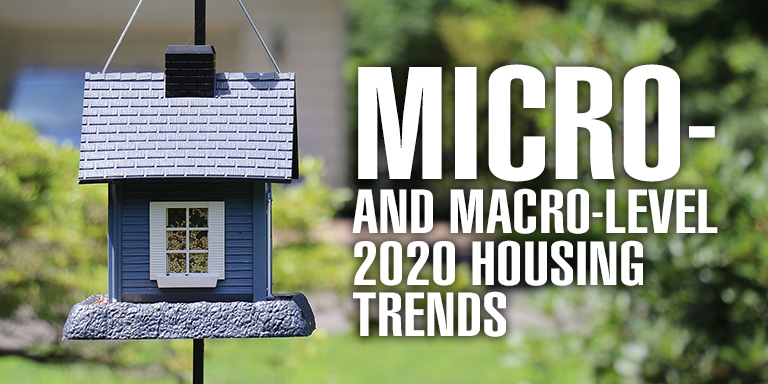 When COVID-19 first came on the scene last year, no one knew what was going on with the disease. The uncertainty over its mortality rate and contagiousness really depressed the economy because people were just afraid to leave their homes. You could really see this reflected in the numbers from Redfin for that time period that showed that homebuyer numbers were down 55%.

Now people feel a lot more confident about going out with precautions in place, but there are some lingering problems in the economy that you’re going to see play out in the short term and long term health of the housing market over the next year or so. I’m going straight to the source and talking to Daren Blomquist, the vice president of market economics at Auction.com, for his insights on how COVID-19 will continue to impact real estate investing. He does an amazing job aggregating data so that real estate investors can make predictions about where the market is headed based on real world data.

A lot of the noise that you’re hearing right now on the news is the short term effect of the pandemic on the housing market. And you can’t talk about the short term effect without mentioning the historic levels of unemployment that the country is seeing. The shutdowns caused a large spike in unemployment, that somewhat abated after the states opened back up again. Then the government swooped in with the CARES Act to extend unemployment benefits.

The best headline to describe what we’re seeing on the micro-level is “Trading Short Term Gains For Long Run Pain”. The stimulus money flooded the economy and kept businesses afloat, but when that money wears off, what will the job market look like then? People who are currently collecting pandemic unemployment will have to start looking for work, but if their industry or business was only being kept up by stimulus cash, there may not be a job to return to.

Add into this equation all of these unemployed homeowners that are holding onto their houses because they qualify for forbearance. At some point, forbearance will end, and homeowners will have to be gainfully employed by then. One of the harder things to predict right now is how many people who are in forbearance will be foreclosed on. We know from natural disasters like hurricanes that 1-5% of homes that go into forbearance actually go into foreclosure. But the pandemic has lasted much longer than a hurricane, and has affected the entire country, and while Daren thinks that the number of homes that move from forbearance into foreclosure is going to be higher than 1-5%, he just doesn’t know how much higher it’ll go.

As soon as states started opening back up, home sales began to increase and by June the NAR data was reporting a 22% month over month increase for 2020. Ultimately though, demand is beginning to outstrip supply, and it’s keeping the number of unit sales down. There just aren’t enough houses for every potential homeowner who wants to take advantage of the low interest rates to purchase one.

For years, the theme has been that people wanted to move to the urban core. And we’ve seen housing prices in those areas appreciate because it reflected the demand to be in a central location. The pandemic has shifted that demand out of the city into the suburbs.

Mid-sized cities and fringe areas are also enjoying a boost in their popularity, while rural areas that are more than five miles outside of a city are seeing the same drop in appeal as the urban core. People want room away from their neighbors, but they still want access to services.

Part of this macro-level trend was already showing up in more expensive states like New York and California as people moved out of large cities to try and find more affordable homes. And of course, the 2017 Tax Act capped how much people in high-tax states could deduct their property taxes on their income taxes. 2020 just accelerated this trend to leave large cities and expensive states.

THE RESILIENCE OF THE HOUSING MARKET

Daren and I keep comparing policymakers’ and institutions’ responses to COVID-19 to a natural disaster. We’ve seen some positive policies from past hurricane seasons that kept the market stable while also protecting both homeowners, renters, and landlords. So we know that how policymakers address the problem with foreclosures and forbearances can have a positive impact on the market.

We both agree that the Great Recession is still fresh in all of our minds. Even though the market started to tank in 2008, it took nearly seven years for people to figure out what on Earth was going on. So Daren and I both think that people have learned that it’s better to be proactive than reactive against a potential housing market crisis.

Foreclosure moratoriums right now are acting like a blanket on the housing marketing, but they’re reactive in nature. Proactive forbearance programs work really, really well. We’ve seen it in hurricanes, and we should apply it during the pandemic too. It protects people from foreclosures, and it prevents uncertainty and that shadow inventory that ends up hurting the market in the long run.

I still get a lot of questions asking if COVID-19 is going to be like 2008-2010. Personally, I don’t think it will be. I think it’ll be a smaller version of that, but I also think that we already know what works and what doesn’t. The Great Recession already showed us what policies help keep homeowners in place and prevent massive foreclosures, which in turn keeps the housing market healthy and stable.