The Power of Mentor for New Investors 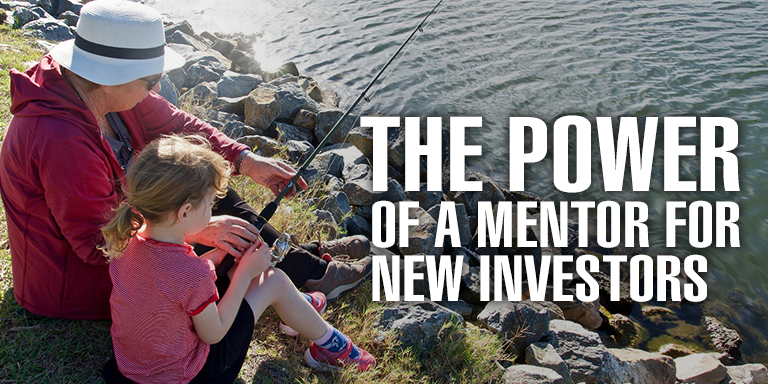 I love stories about new investors who are hungry to build their portfolios. I see a lot of myself in Zack Boothe, the Driving For Dollars owner and wholesaler from Utah who’s only been in real estate since 2017. He made a lot of rookie mistakes in the beginning, including putting $30,000 for marketing on a credit card that never yielded a single lead. Ouch. But because he’s so new and fresh to real estate, he knows how powerful a quick pivot can be when something isn’t working.

If you’re a brand new investor, you’re going to love Zack’s advice for how to get started. He grew up poor, and he’s worked since he was 11. He is a true hustler, but he didn’t know how to go from hustling at a manual labor job to real estate investing. He had a lot of self-limiting beliefs to jump over, and he needed a good mentor, but you can see his determination to change his financial blueprint to override all of those barriers.

BELIEFS THAT STOP YOUR EARNING POWER

Zack once saw a statistic that said that 80% of men earn the same amount as their fathers. They put up a psychological barrier that says that they can only earn so much, and no more. Zack grew up in a good family where they worked hard. His father owned a business and his mother was a waitress. But there was no getting around the fact that they were poor.

From a young age, Zack knew that he wanted to make $1 million a year, but there was no one wealthy in his family that he could go to for mentoring. And he had internalized a lot of self-limiting beliefs that stopped his earning power. He thought that working hard was the hallmark of someone who was going to make it, and the fact that he couldn’t cut it in college had him convinced that he was stupid.

What he didn’t realize was that education and bettering yourself don’t always have to happen in the hallowed rooms of a university. Even though he was grinding away at his window washing business, it took him a while to see that reading Tony Robbins and books by thought leaders could educate him about the possibilities in entrepreneurship. He says that it took him some time to realize that working hard on the right things mattered more than just traditional education.

Growing up in what he calls the “ghetto” side of Utah, Zack remembers mowing the lawn of a mansion, and he asked his dad how much money he’d have to make a year to be wealthy like that. From that point on, he had a goal to make $1 million a year, but he knew that he needed a guide to help him. He spent $19,000 on a mentorship that didn’t pan out and $30,000 on a marketing program that delivered zero leads. But then, he got a lucky break.

Zack had bought a duplex because he knew that house hacking could help him get closer to his real estate dreams, but he was young with a wife and new baby and he lacked the capital to buy any more homes. While working his window washing business, Zack was talking to the owner who happened to be one of the largest single family home developers along the Wasatch Front. When he mentioned his real estate dreams, the older gentlemen offered to sell him two of his properties that were a headache, and he offered to privately finance the transaction.

These two properties provided the seed money to launch the rest of his real estate empire. Zack was earning $900 in cash flow, and then a year later, he was able to sell them for $100k in profit. For me personally, I see this a lot. Someone higher up in the food chain sees a hustler coming up behind them, and they give them a hand up. The person giving the lucky break doesn’t need more money or more houses, but they do get that good feeling when they help out another investor. Mentors and coaches can make a huge difference in a new investor’s business.

Wholesalers are like a pawn shop for houses. People just want to get rid of this headache in their life and make some cash in the process. They might’ve inherited the house or maybe they’re just sick of being a landlord. You can tell it in the home’s physical appearance. Instead of replacing or repairing shingles, they’ll throw up a tarp on top of the house, or they’ll skip painting the house for yet another year. If you see a boarded up home, there’s a pretty good chance that the owner doesn’t love this home and will gladly unload it for 30, 40 or 60 cents on the dollar.

Zack had the hustle, but he also had had enough real estate education to realize that he had to think smart to outwork the other investors. Distressed homes don’t show up on regular lists. You have to do some driving around to find them. That kind of labor-intensive work meant that a lot of investors skipped this kind of marketing, but Zack realized that by recruiting some friends and using the Deal Machine app, he could quickly fit a highly targeted list of homes that showed one of the 3 Ds:

And then after that, it was text, cold calling and postcards. These are some of my favorite techniques from my early investing days too. I remember calling through my lists every Monday and Friday, just hitting the phones. It’s like that old cliche, “If you’ll do what other people are not willing to do, you can have what other people can’t have”. By his second year of hustling and wholesaling, Zack had cleared half a million. And by the third year, he’d made that million that he’d dreamed about as a kid cutting grass.